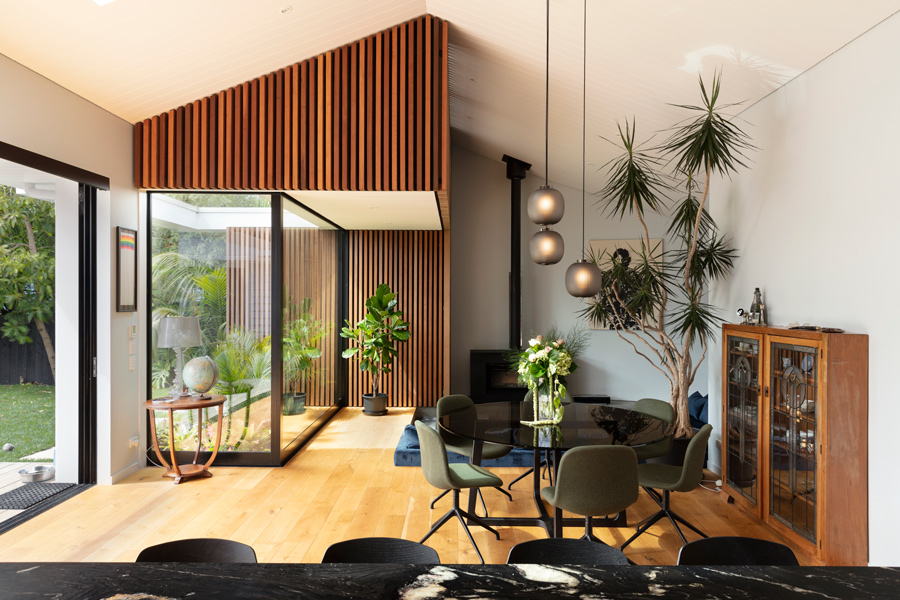 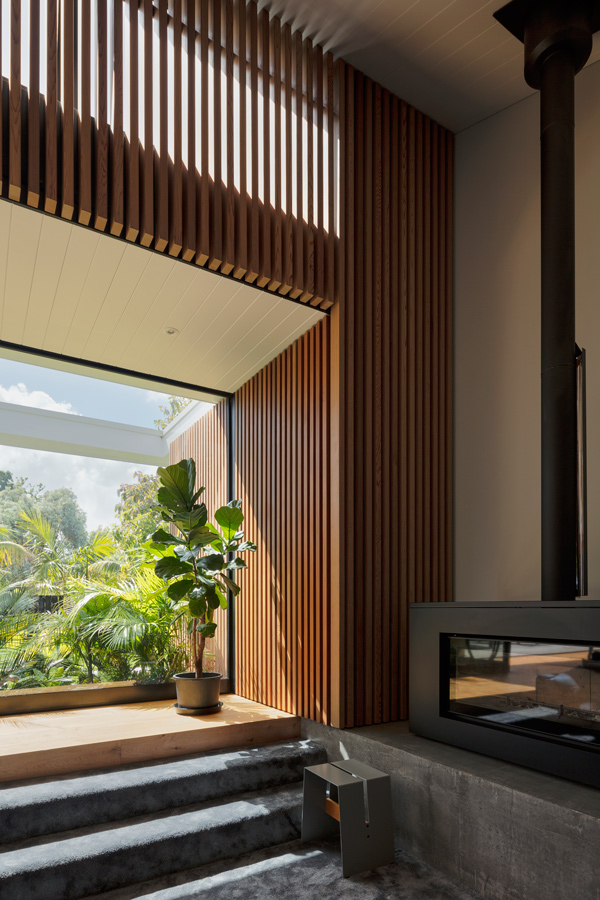 The brief was to create a larger home for a growing family. The bedrooms were re-configured within the existing part of the house and a new wing was created for the living and entertaining spaces.

Architecture has been created within the living space, a special experience created through the alignment of architectural forms and features, rather than opting for a more conventional open plan design.

Spaces have been crafted by manipulating forms and creating contrast between solidity and lightness along with the filtering and diffusing light.

The form is visible at the end of the traditional villa hallway, as you transcend the hallway a sunken lounge slowly reveals itself and draws you in. A framed view of the garden is then revealed upon descending into the lounge.